The Zendesk Screen Pop scenario block specifies Zendesk data to be displayed for the agent when the interaction is connected to this agent through the Connect Call or Connect Chat block. 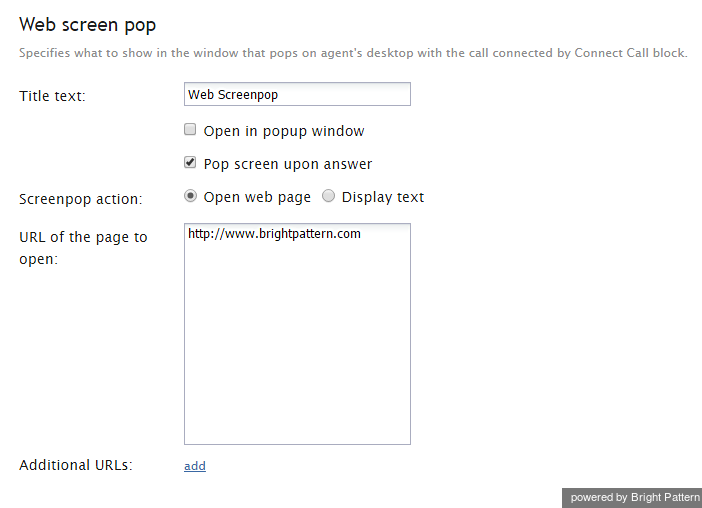