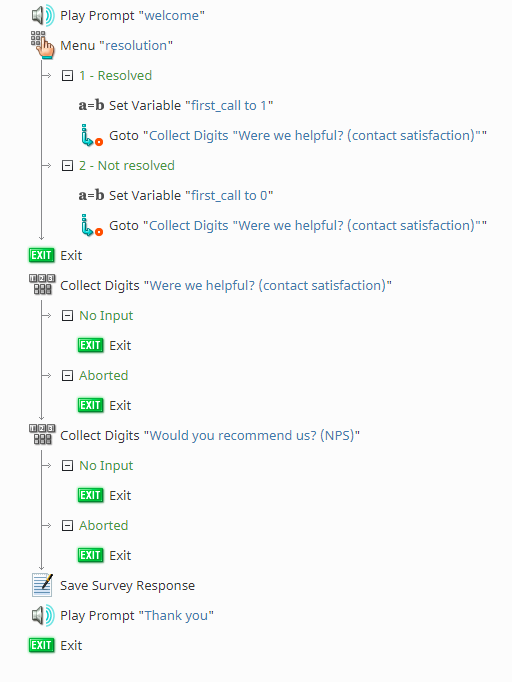 1. Tell the Customer They Are Taking a Survey 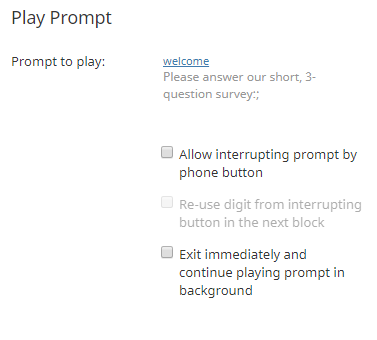 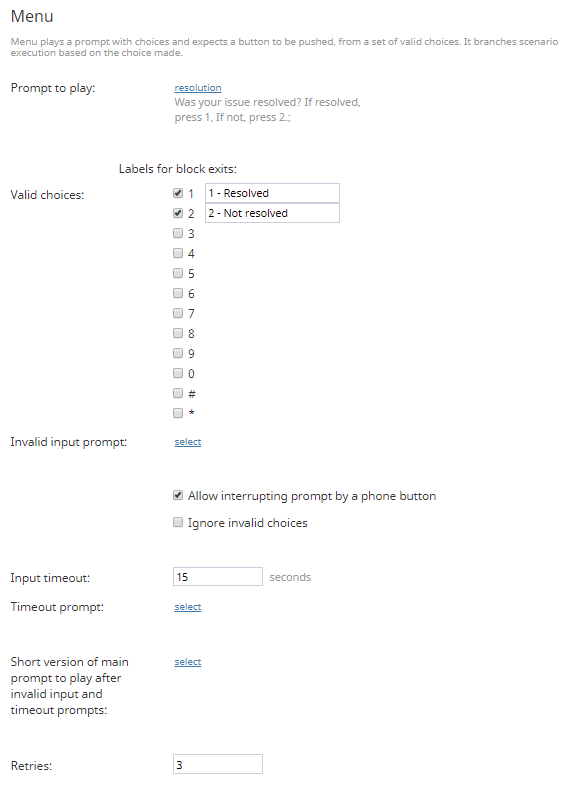 2a. Use the "Set Variable" Block to Pass Menu Values 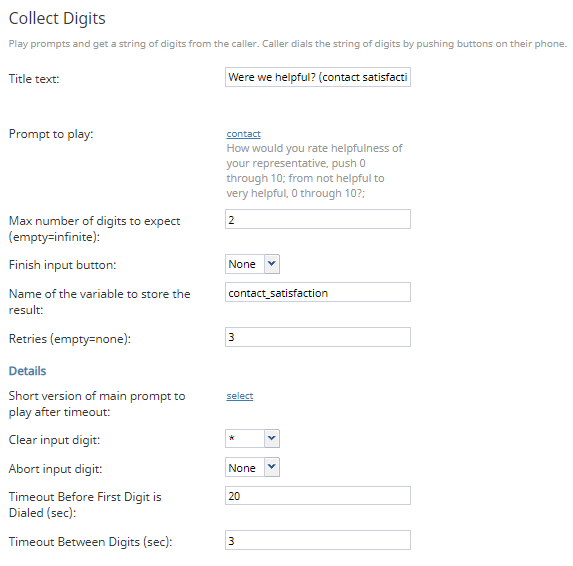 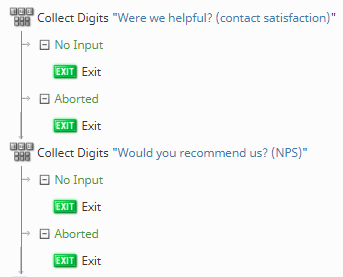 4. Collect All Responses in a "Save Survey Response" Block 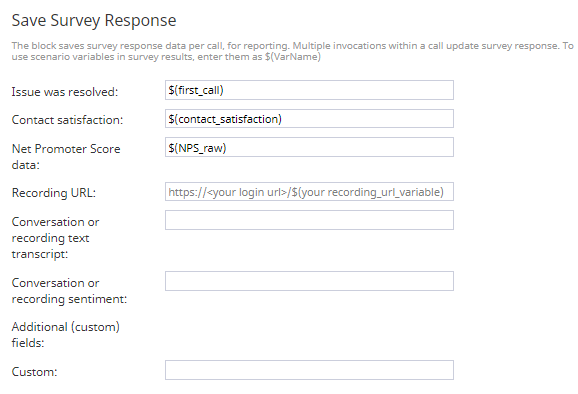 5. Play a Prompt to Thank the Customer

Retrieved from "https://help.brightpattern.com/index.php?title=5.8:Scenario-builder-reference-guide/Exercises/HowtoCreateaVoiceScenarioSurvey&oldid=92610"
ask community about this topic