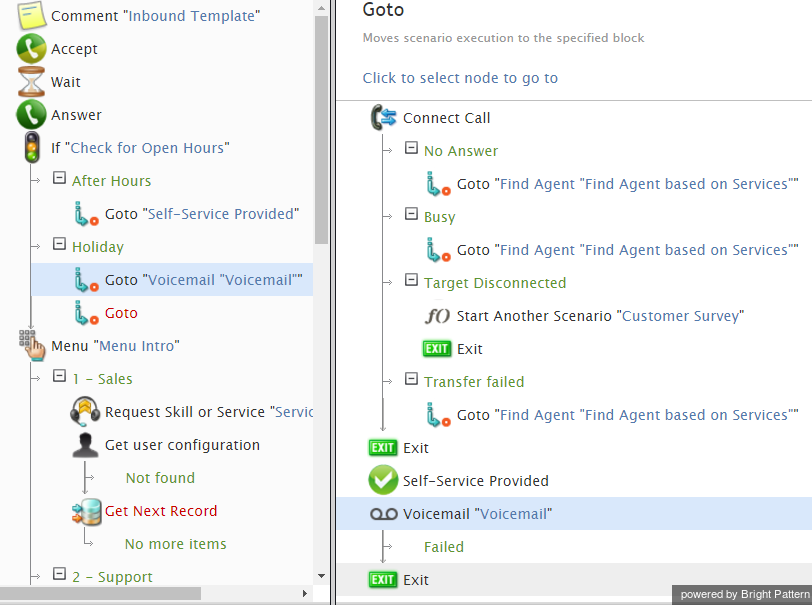 Retrieved from "https://help.brightpattern.com/index.php?title=5.8:Scenario-builder-reference-guide/ScenarioBlocks/Goto&oldid=34517"
ask community about this topic