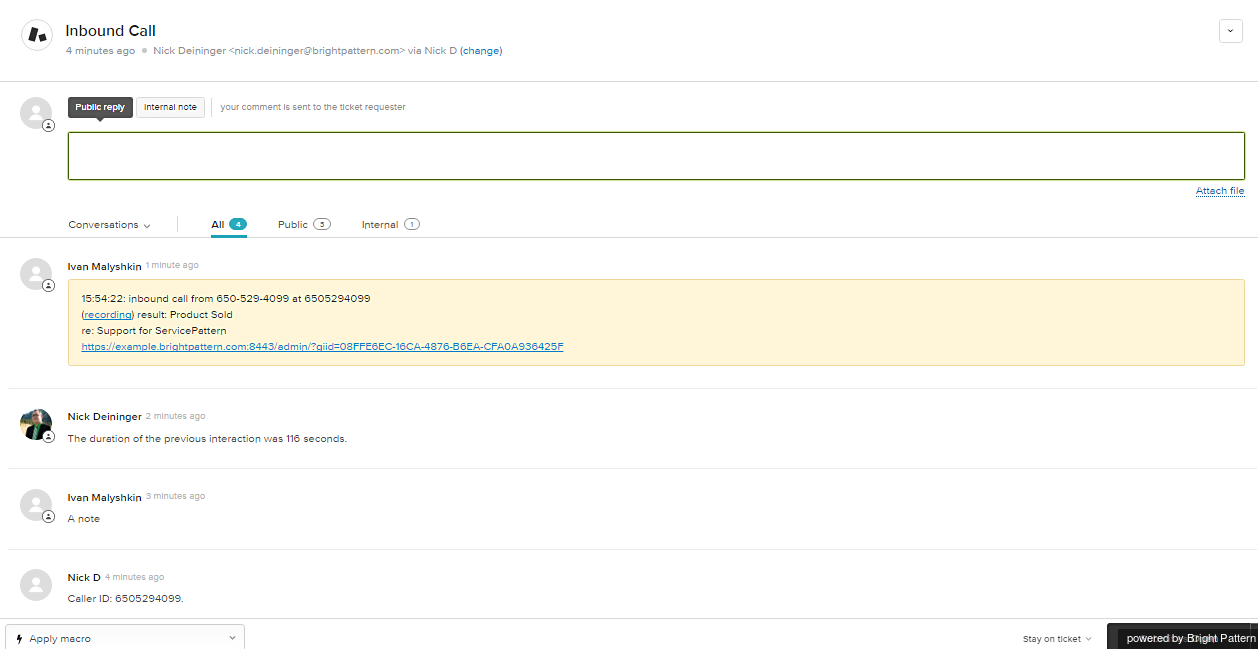 If the call was recorded, the activity history will also contain a link to the voice recording. When you click the voice recording link, you should receive an incoming call. Playback of the recording will begin as soon as you answer this call. Note that in order to listen to the recording you must have the privilege Listen to recordings linked to external CRM records. 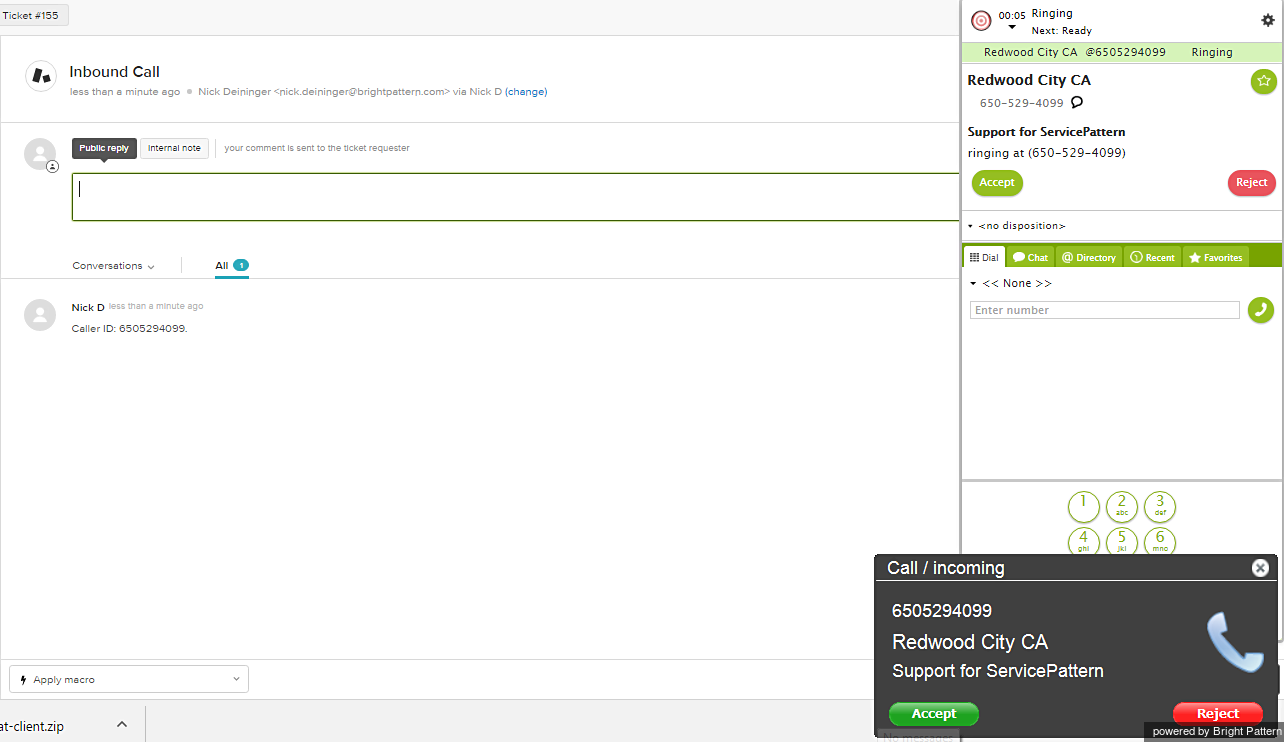 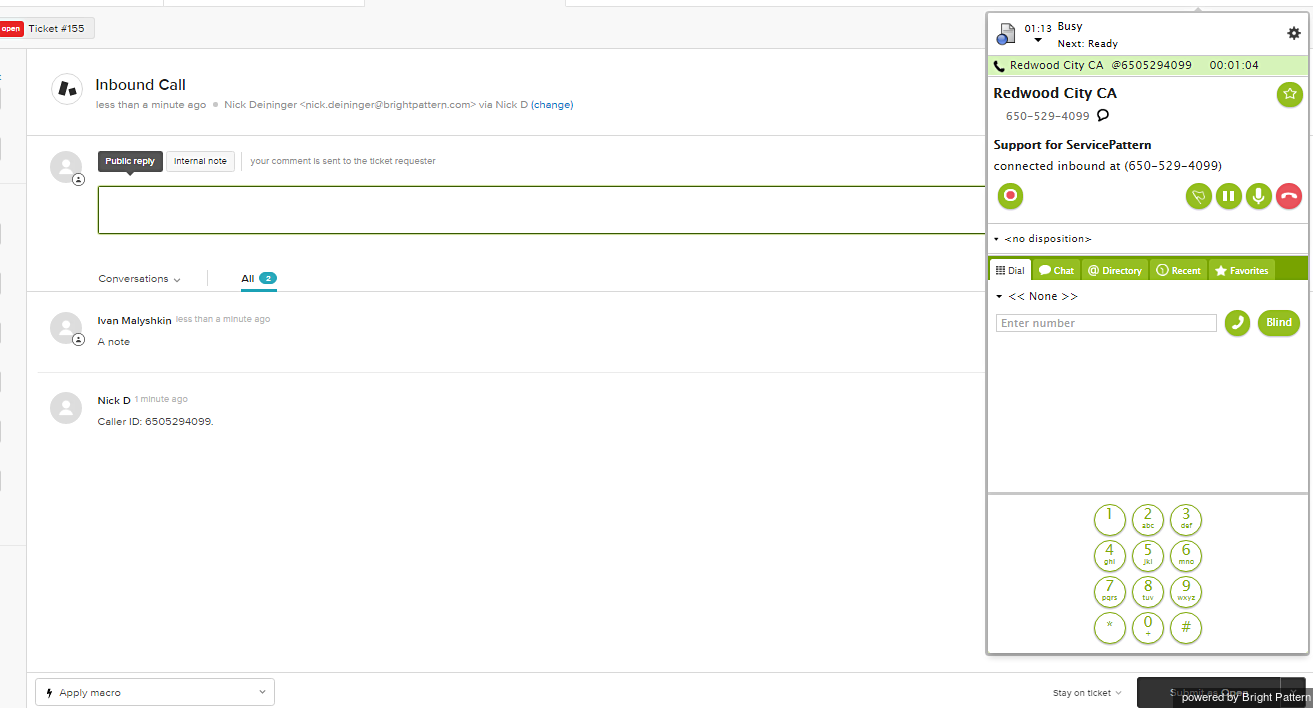 Retrieved from "https://help.brightpattern.com/index.php?title=5.3:Zendesk-integration-guide/ActivityHistory&oldid=116119"
ask community about this topic