On behalf of is used when you are making a change on behalf of a specific Zendesk user. 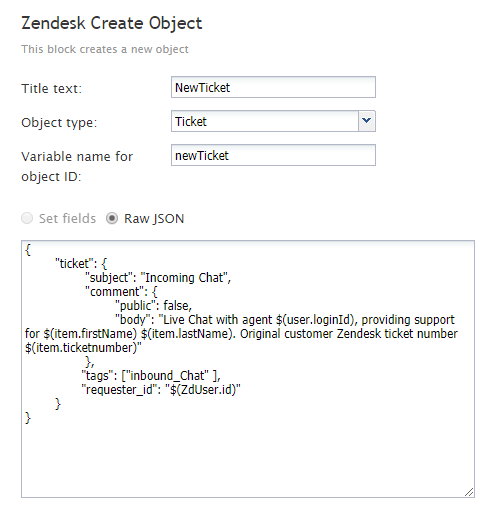 Retrieved from "https://help.brightpattern.com/index.php?title=5.8:Scenario-builder-reference-guide/ScenarioBlocks/ZendeskCreateObject&oldid=126093"
ask community about this topic