As a campaign operator, you can assign additional teams to active campaigns and remove previously assigned teams.

To assign a new team to a selected campaign: 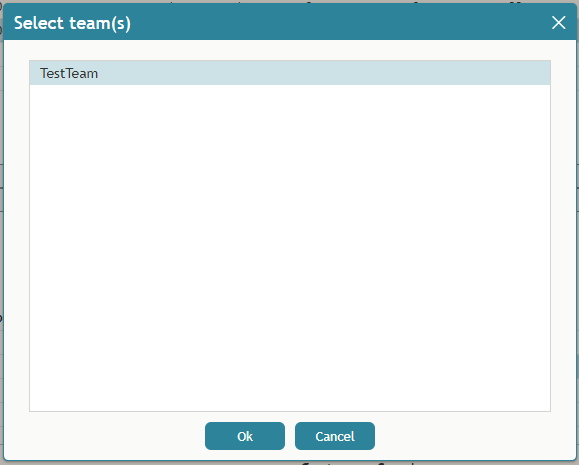 Adding a team to a selected campaign

To remove a previously assigned team:

Note: When teams are assigned to multiple enabled campaigns, the cumulative load of such campaigns must be distributed evenly among those teams. For more information and examples of valid and invalid team assignments, see the Contact Center Administrator Guide, section Assignments Tab.