The Zendesk Create Object workflow block creates a specified object in the Zendesk database. Objects that can be created are tickets and users. For more information, see the following articles on creating tickets and creating users. 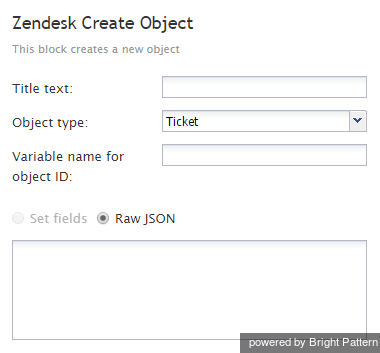 <Previous | Next>
< Previous | Next >
Retrieved from "https://help.brightpattern.com/index.php?title=5.2:Workflow-builder-reference-guide/ZendeskCreateObject&oldid=9547"
ask community about this topic